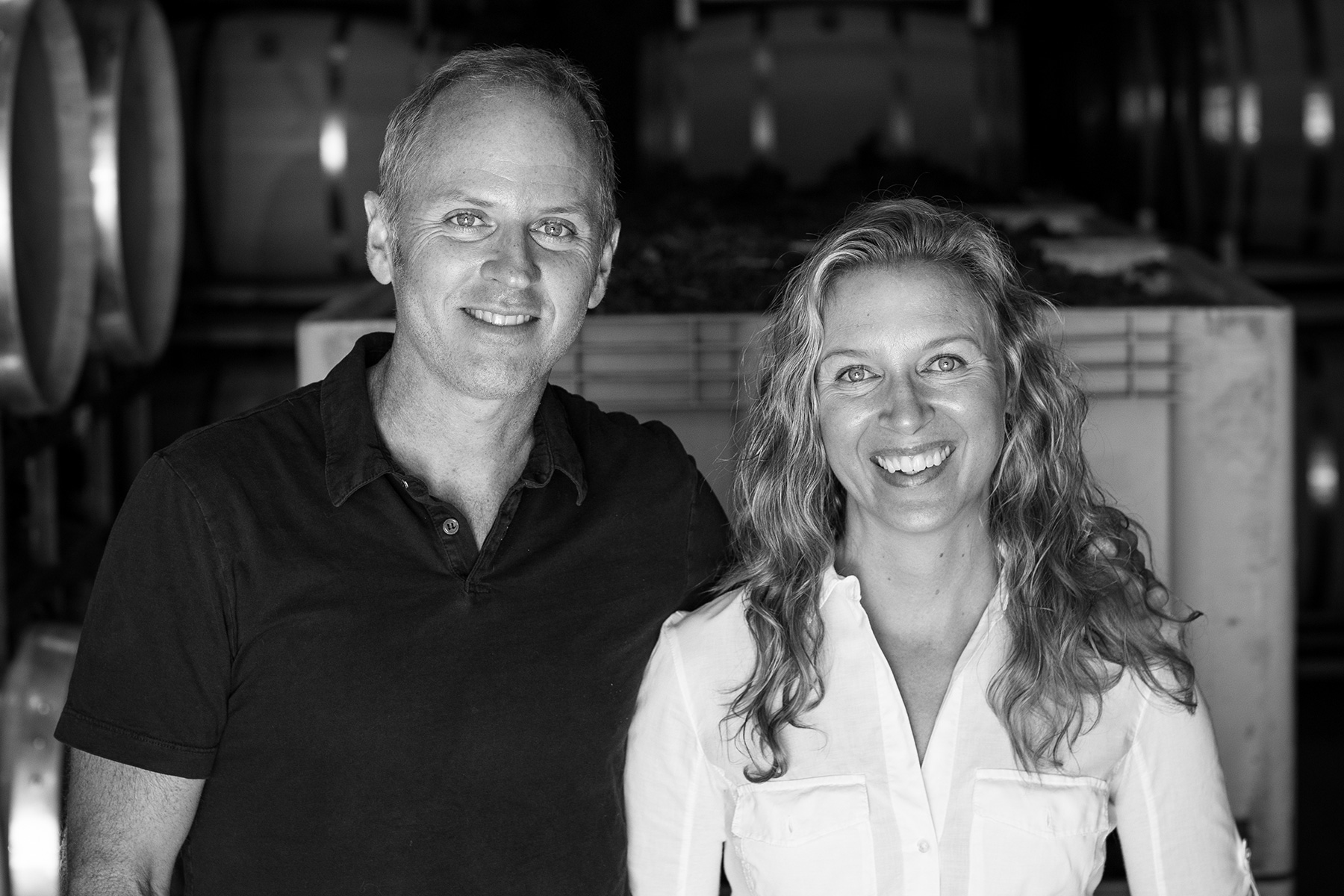 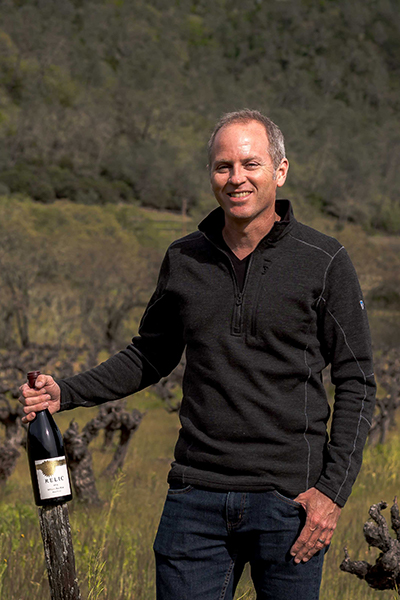 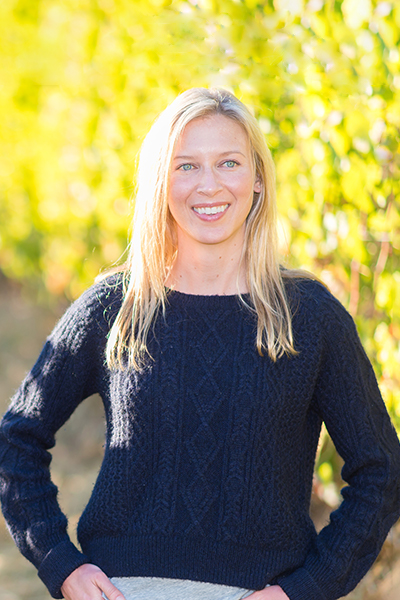 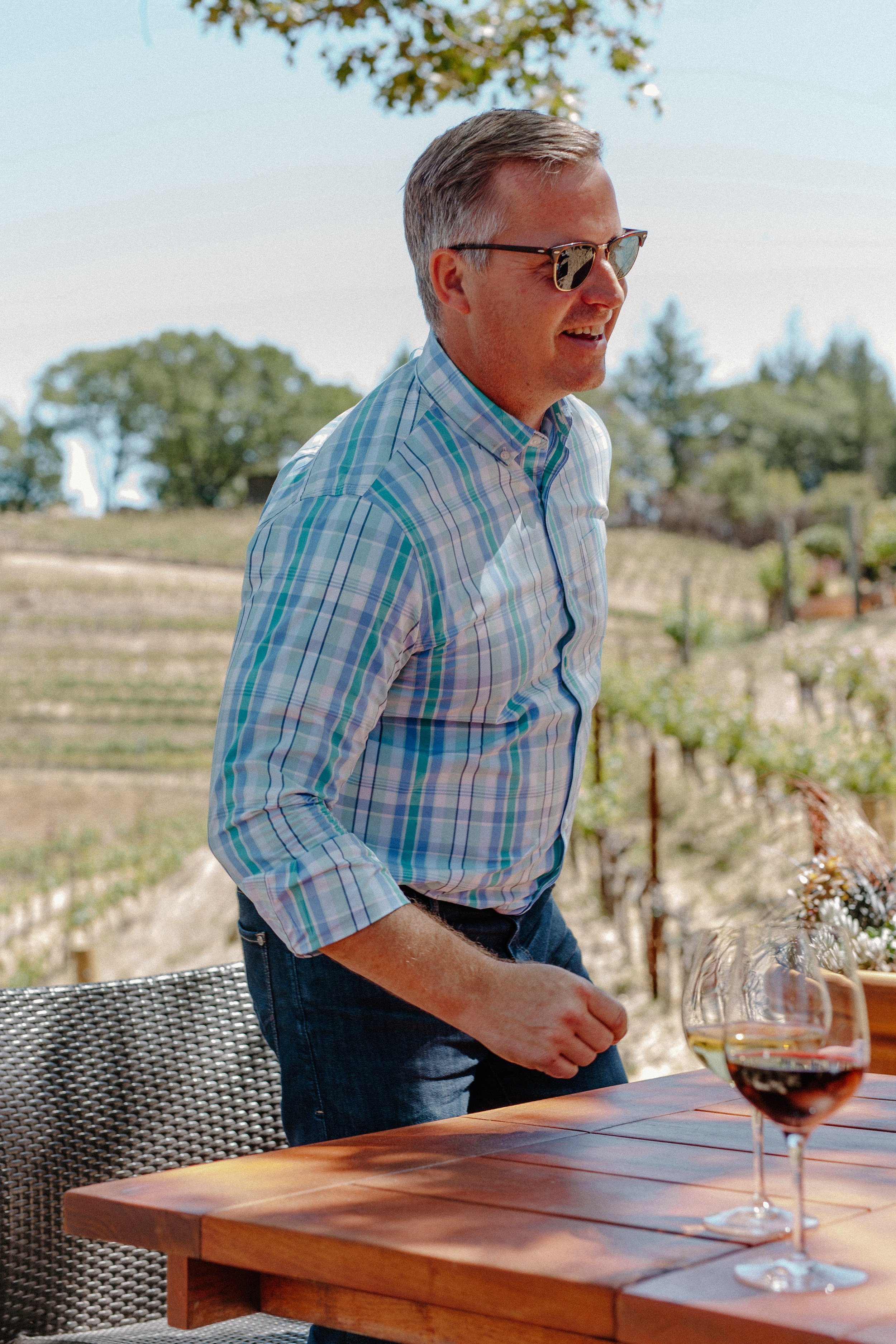 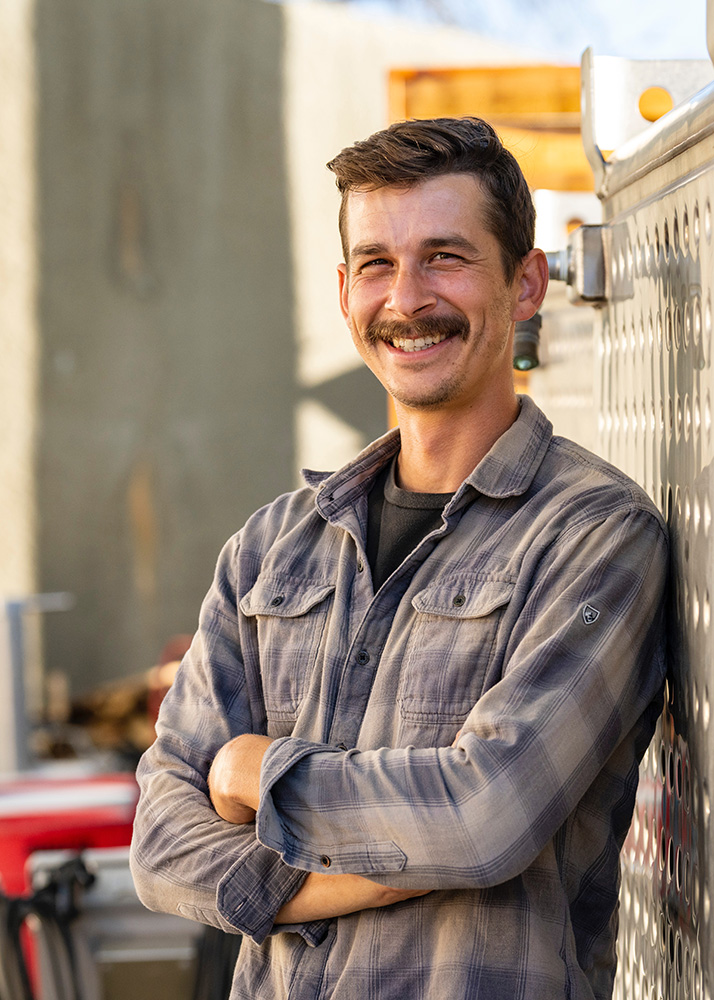 The story of Relic is the story of us: Mike Hirby and Schatzi Throckmorton. We met in Napa Valley in 2000: Mike had just moved to Calistoga after a 2-year stint managing the wine program at the ahead-of-its-time restaurant Primitivo in Colorado Springs. He had become interested in wine his senior year at Colorado College, and at Primitivo, he honed his palate, becoming obsessed with making wine. Schatzi had arrived the year before, inspired by her great uncle to take a gap year between her studies in African History at Northwestern University and a graduate program at Cambridge. We were both working at Behrens & Hitchcock Winery - Mike in the cellar and Schatzi in the office. After many lunches and dinners shared as part of the generally amazing Behrens work experience, and tasting many wines together, we realized that we shared a similar palate. It needs to be said: without the Behrens/ Drinkward/ Hitchcock clan, it is hard to imagine Relic existing at all. The entire atmosphere was filled with energy, and the passion was palpable. Discussions were had about wines loved, wines abhorred and techniques that fascinated us. We were inspired by the heroes we worshipped in the wine world and the techniques they used: native yeast fermentation, whole-cluster fermentation, extended lees aging, effectively “historic” winemaking, and with that, the idea of Relic began to take shape. Via help from friends, Mike was introduced to two growers with amazing vineyards, and agreements were made for a couple of tons of Pinot Noir for the 20o1 harvest. While still working as the only two employees at Behrens & Hitchcock, we were generously allowed to make our first wines with a highly ideological purpose: native yeast, native malo, no water or acid additions, straight to barrel from the press, etc., and Relic was born. We married in 2005, and to this day, Relic continues to be managed in a his/hers/ours fashion with Schatzi running the business and Mike as the winemaker, with lots of overlap.

Mike left Behrens in 2002 when he was hired as the winemaker for Realm Cellars, but Schatzi continues to this day as the Behrens Family Winery Business Manager. We were lucky enough to make our wine at Behrens for 8 years, and grew Relic slowly, with purpose, and with the idea that we would always be an independent winery, free of financial partners. This would allow us creative freedom to do what we wanted, and the autonomy to make the hard decisions that winemaking requires: when to declassify a wine at a financial loss, when to create a new cuvée, when to make the real passion decisions… the kind of radical decisions that help propel winemaking and any creative endeavor. It was never easy, but for us, there was no other way. We continued to make Pinot Noir and added Syrah in 2003. The Syrah received rave reviews from a major wine publication, and we were on the map. Our Rhone varietal program has grown and developed since 2007 to include heritage varietals from Napa Valley, an integral part of our philosophy honoring the old ways of living and making wine in our adopted home.

Deep in the middle of harvest 2005, Mike was at the winery doing evening cap management on the wines when he got a phone call: there was a devastating fire at the case goods warehouse on Mare Island, south of Napa. The news was a shock, but there was nothing to do but carry on taking care of the wines until morning. The next day, it became clear that Relic had lost its library and half of its 2004 vintage, which had been shipped down a month earlier. It was a major wakeup call for us, as we realized the limits of our insurance policy and the stunning loss we faced. We realized that we had to make a choice: continue on with our tiny, hobby project, or go all-in and make Relic our life’s work. The choice was easy, and we are still going strong 15 years later.

We grew Relic with purpose for a few years, adding Cabernet Sauvignon to the portfolio in 2005. In 2008, the financial crisis hit Napa’s real estate market, and we started seeing listings for 10+ acre parcels of raw, undeveloped land that people were clearly liquidating to free up cash (10 acres are required by Napa County to build a winery). We always dreamed of having our own winery, but never thought it was possible. In early 2009, we found the one: one of those properties that make you reimagine your life, and we fell in love with it. Relic was and continues to be a small boutique project, but we worked with a bank to grow Relic slowly, as we saw fit, in order to be able to afford to build the winery in Soda Canyon without investors. It is not easy to grow a wine project, as availability of the highest quality fruit is always scarce, but we were lucky: the financial pressure had freed up a few incredible vineyards that we are proud to work with to this day -  Kashaya Vineyard, Kenefick Ranch, Alfred Frediani Vineyard and Frediani Vineyard. Finally in 2014, we broke ground on our cave and winery, and we moved in in 2015. A dream had come true - we now had complete control of our winemaking process and had gained the freedom to experiment as our hearts’ desired.

We remain on our quest to make the best wines possible and are continually searching for new ways to express vinous beauty - searching for ways to find the holy grail. We still make Bordeaux and Rhone varietals from Napa and Burgundian varietals from Sonoma Coast. Our passion for wine is boundless, and we are as excited as ever for the future and subsequent vintages to explore. Winemaking is a lifetime endeavor with only one chance each year, but with thousands of choices. We will always be experimenting, learning and creating anew. Most importantly, winemaking has taught us to be humble, in awe of nature, hopeful for each vintage to come and grateful to our mentors, friends, employees and wonderful clients, who have all made this dream possible.